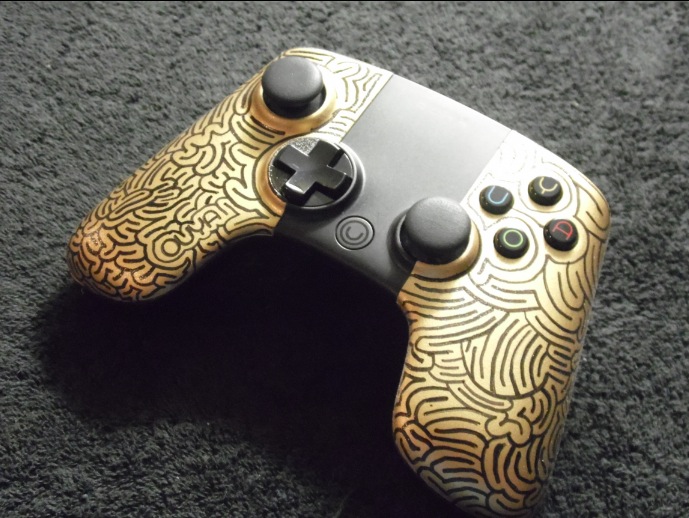 Some have been outright genre changes or redefinitions. Others, have been more subtle, as in the gradual and expected stronger hardware for newer generations of consoles. Perhaps the yearn for the older consoles that some of us have lived thru as a child, from the beginnings of rounds in the local Arcade, to the Atari, the NES all the way to gamers who are as of present day even playing deceptively simple games such as that of the Flappy Bird or Temple Run varieties.

And by simple, I refer more to the controls rather than the game itself.

As the devices became more and more powerful in our pockets, it became clearer that the way we could control them would become simpler and simpler to keep the variety of options to play on these devices as varied as possible. Older gamers, such as myself, yearn for some classics like that of the Secret of Mana for the SNES, or even just a quick shooter like the Shadowgun series from Madfinger games, these games, although would be a enthralling experience, if it wasn’t for such clunky touchscreen controls from today’s devices.

Many of us have grown up through the evolution of the controller, adding more buttons, better placement of shoulder buttons, joystick introduction, pressure sensitive triggers and the like.

But something doesn’t seem right with modern day casual inputs.

The Nintendo DS product line, design wise remains vastly unchanged since its original inception as the Nintendo DS Lite, remains as a perfect example. Sharp corner design and a set of recessed smaller buttons, although offer convenience, are incredibly difficult to use for long periods of time comfortably. It actually reminds me of the GBA SP experience.

Loved the idea of a rechargeable battery and a great backlit screen (goodbye long hours of Pokemon under a crappy Nyko wormlight), but it sacrificed comfort for design.

The original Game Boy Advance system and the Sega Genesis Controller are actually great examples of comfortable and durable examples of successful longterm use game inputs.

The original Xbox Controller S actually remains one of my most favorite controllers of all time, as it felt like a quality build of a game input device, stylish colors and minus that random black and white buttons and some sloppy D pad controls (which, to be honest, many controllers suffer from directional pad issues throughout the gaming ages), second to the Wireless Wavebird Controller for the Gamecube.

Unconventional button placement is what really hurt that controller, but aside from that, Solid controls with literally zero wireless issues when in use, I was actually surprised not to see it reborn again in a future Nintendo device for its “classic use”.

How Sega came about thinking that the Dreamcast controller was comfortable or in any way easy to hold or even comfortable for 5 minutes is really beyond me, but I digress.

Many of the newer generation of gamers, simply do not have that immediate experience to call upon when gaming nowadays. Even the definitive term “game” has been fragmented, from simple phone app games to AAA Titles being thrown into the game “entertainment heap” for classification sake. These new (casual) gamers usually do not know any other controller experiences than the generation before them had. Simply put, “touch screen gaming” and simpler games are commonplace for them, and thus the shift to simple UI controls and design for many of the “casual gamer.” ends up blending into the gaming medium yet becoming a unrefutable demographic to cater to and plan for.

Keeping this in mind, there are still large markets for the serious gamer, with Playstation 4 / Xbox One / WiiU have similar high end gamepads catering to the “give me my sticks and play” attitude that most of us are familiar with when it comes to traditional gaming.

The Wii is actually a perfect example of this Gaming / Entertainment subclass that it actually created just by existing.

Similar to Apple’s introduction of the iPad, The Nintendo Wii targeted its core demographic that which consisted of mainstream casual gamers, but targeting specific groups and getting people, friends and family alike to interact more in the same living space.

Even if it cost them a broken tv in order to do so.

In my heart, I will always be a SNES era gamer, as the awe and wonder of so many hits and such unridden terrain hardware wise, and will always have a huge respect for game developers who created smash hits on such limited hardware like the game boy. Pokemon Red and Blue (23.64 million approximately (as of January 18, 2009)) , Tetris (30.26 million units sold), Megaman and various Mario and Zelda titles were designed on a system with a 2 bit palette.

Meaning, they made stunning works of Art and Gameplay with only 4 SHADES OF GREEN.

The mobile platforms aren’t a bad medium nor platform for a new generation of games or even gaming, but with so much previous tech at our fingertips, what would make a better experience than that of a ill responsive touchscreen in admist a heated Neon Shadow Deathmatch? What has worked for you or what shift in mobile gaming would you recommend?